When I married my husband, my plan was to have 10 children.  His plan was to get married.  Lucky for me, we found ourselves with a son pretty quickly and as they say, that was the best birth control.

In the back of my mind I still knew I wanted more, but for a long time I wondered if there was actually a secret joy only known by those raising only children.  It was a blessing.

Until I had my second.  Then I realized that was the blessing.

So if you’re on the fence about your second child, consider these reasons for rounding out your brood: 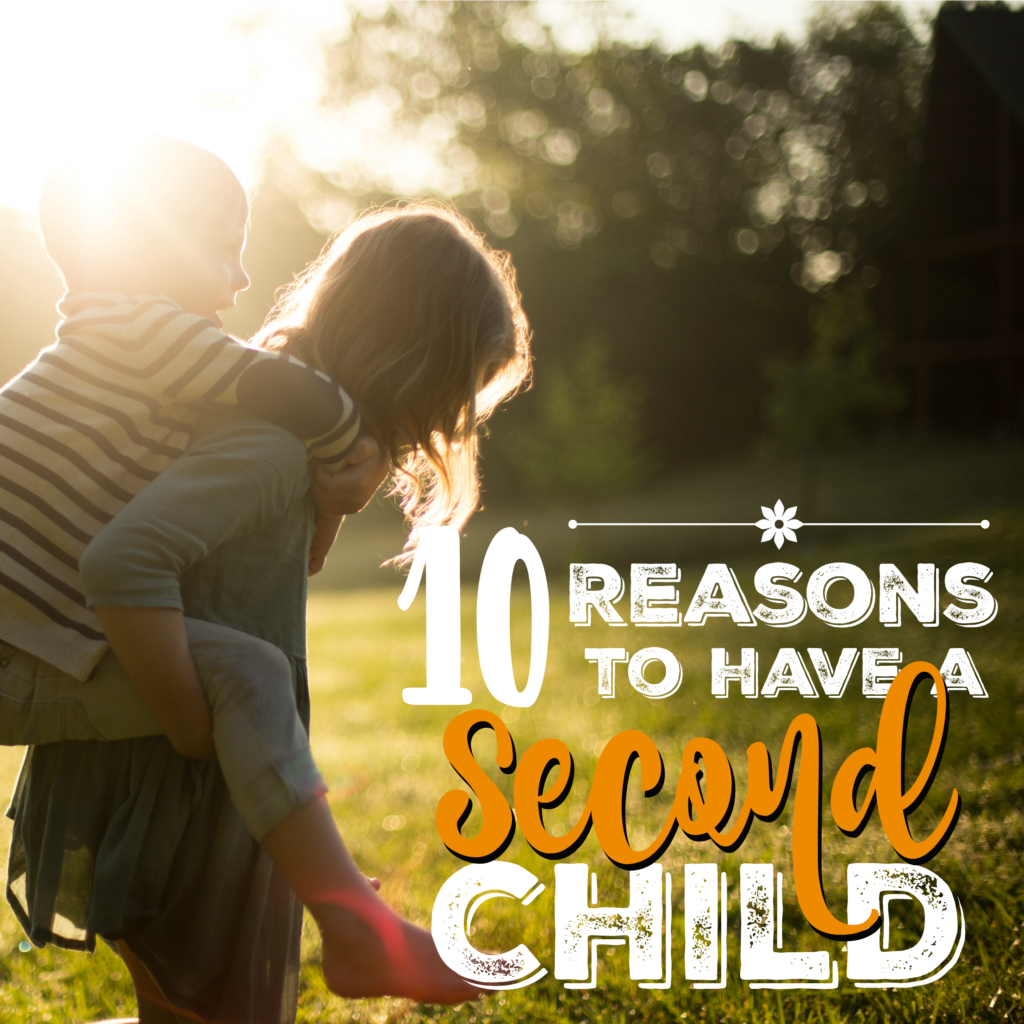 It doesn’t matter if they’re 2 years apart or 10 years apart, your children will play with each other.  At home, on vacation, in the car.  They can still be alone if they want to, but they don’t have to be.

Your first won’t have to take care of you alone.

When I wrote a post about the perks of having an only child, this was by far the biggest fear people had….what would their child do when the time came for helping with aging parents? A sibling alleviates that burden and creates a built-in support system that each will now have.

You won’t have to take care of them alone.

I never even realized this was a feeling I had until it was gone.  But by bringing another child into this world, you bring in one more person to take care of your first…and with your first, your second has one more person taking care of them.  It may not work out perfectly at first, but it won’t be long before you realize how much they are actually looking out for each other.

They will still both get a lot of your attention…but now they also get a little freedom.

One of my biggest fears of having a second child was all the attention my son would lose…because he basically had 100% of it.  What would he do with only 50%?

Rejoice.  That’s what he would do.

When they’re babies they seem to need all of your attention but that fades away before you know it….and that’s a good thing.  A second child will help YOU to deal with that transition.

You double your odds for Thanksgiving company.

One day, your kids will have families of their own….and you may not be invited to each and every holiday dinner.  With two, you may actually be able to avoid that.

Just kidding!!  But seriously…there is nothing better than bonding with your own little baby, no matter what your method of bonding is.  The early years are tough, but they’re also magical.  Experiencing it for the second time is even better than the first because it brings back the memories while also creating new ones.

You double your odds of grandchildren.

Don’t tell my husband I wrote this.

They may be even better than the first.

This is not meant as a slight against your first born.  But it IS meant as a slight against all the people that are bound to tell you that your second child will be a demon (because all second children are, they will say…).  I was so scared that my second baby would be an outrageous handful that I was caught completely off guard when she ended up being a total breeze.

Four is a magical number.

There’s an inherent balance that occurs in a family of four that you don’t even realize is absent in your family of 3…until you’re joined by the 4th. No one is left out and playing favorites is less likely to occur. More importantly, everyone always has someone, whether it’s a parent, a playmate, or a confidant.

The real reason to have a second child?  I honestly don’t even know how to describe it, I can only say that your heart truly does double in size and you experience a new kind of love that you never knew existed.

Every family is different and not everything works for everyone.  But I can tell you without a shadow of a doubt that I am far happier with 2 children than I was with 1 and I would have never thought it was possible.  So if you find yourself 100% happy with 1 child, you may actually find that you’re 200% happy with 2 children. 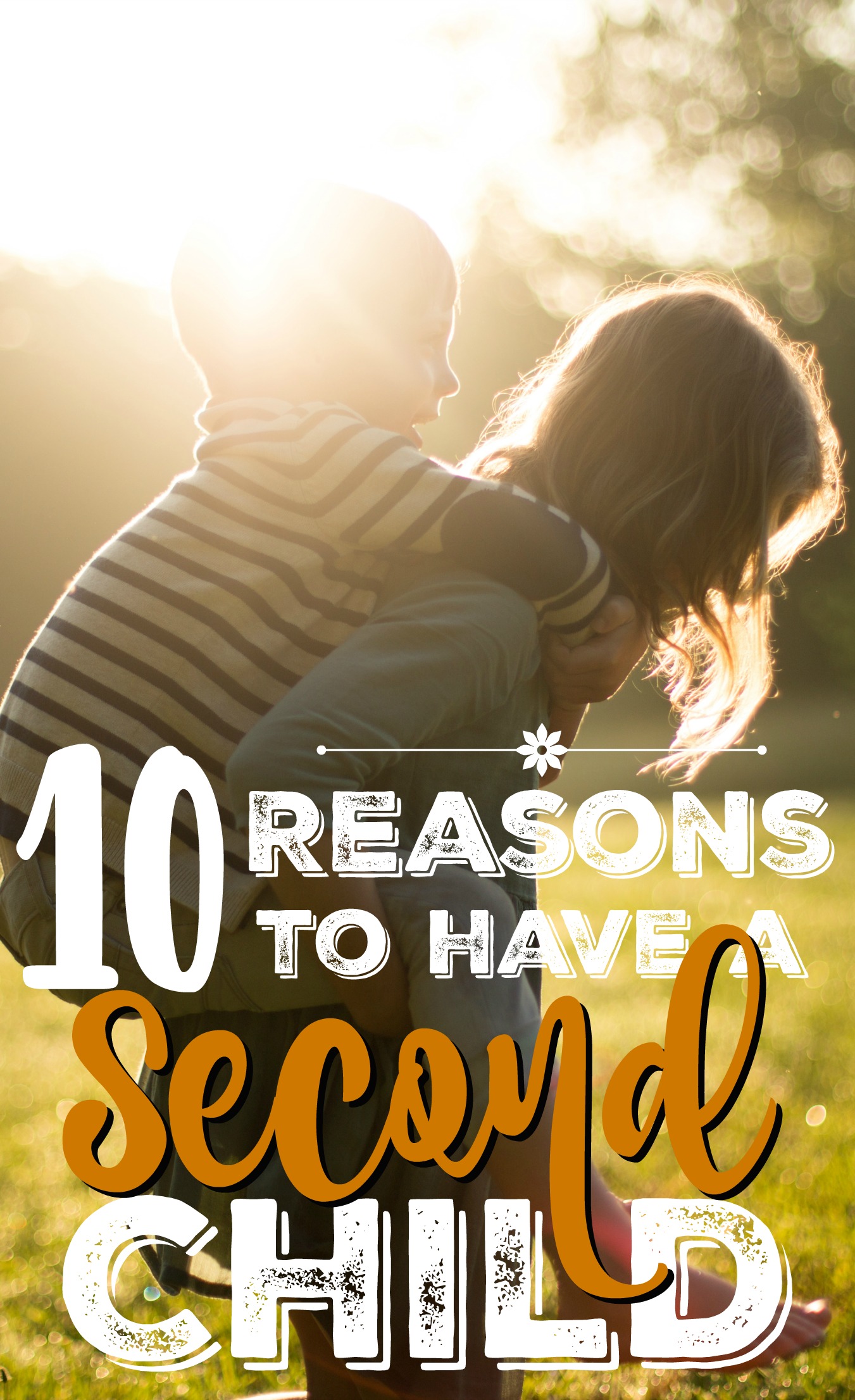