The time has come.  I’ve weaned my toddler.  No more breastfeeding, no more magic wand to cure all ailments and discomforts, no more being a superhuman mommy.  I thought I was ready, then I thought I wasn’t, and now I don’t have a choice because once I started it just happened really quickly.

So, to all the other moms out there that are breastfeeding a toddler and wondering when (and how) they’ll wean them, this post is for you!  Here are all the things that surprised me as I weaned my soon-to-be 2-year old. 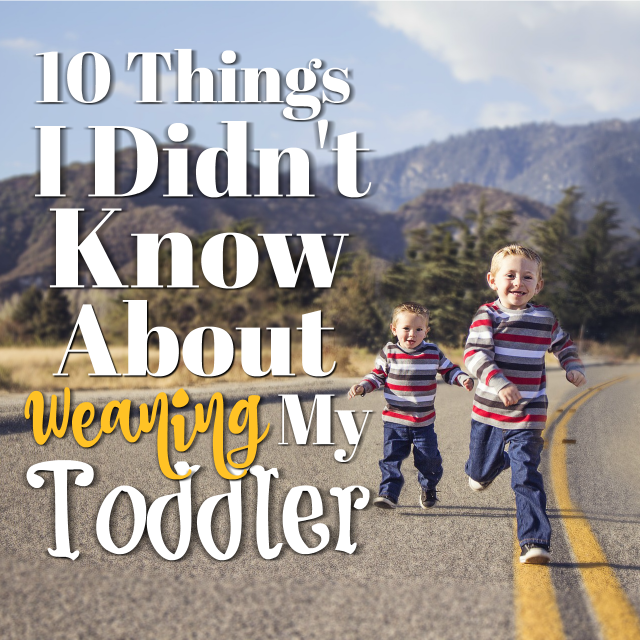 I was really, really sad.

I knew this would be a sad moment for me, but I was totally caught off guard by just how emotional I became.  I mean, he wasn’t a little baby and it wasn’t out of my control – I was making the decision to wean him. But it was still really hard and there was a part of me that thought I would lose the close bond we had (which is ri.di.cu.lous.).  Luckily, I’m not totally crazy – I did some research and you actually do experience somewhat of an endorphin crash that can result in a mild depression.  BUT I got over it within a week and it certainly didn’t change our bond at all.

I don’t know if this was a relief or part of what made me emotional, but my son had very little problem with the plan to wean him.  He was a little confused at first because this was part of our bedtime routine, but I just moved on to the next step in the routine and he went with it.  It was shockingly easy.  Which sadly made me realize that…

He didn’t actually need it.

For a 2-year old, there’s really no need for breastfeeding.  There are some great perks and it definitely pacifies them, but at this point they’re not hungry or thirsty or nutrient-deficient.  It’s just something that they’re used to (and that you’re used to).  It’s a nice-to-have, not a need-to-have.

For the first week after deciding to wean him I had so much anxiety leading up to bedtime. I was afraid he would get upset or that I wouldn’t be able to get him to sleep quickly.  This had been part of our routine since DAY ONE, so I honestly just didn’t know what I was doing.  I think I was actually more thrown off by the switch in routine than he was.  But then an interesting thing happened…

Like, way way easier.  After a week, he forgot about nursing altogether and we would just hop right in bed.  He’d flop around for a bit and then just go to sleep.  It was literally that simple!  Then an even more amazing event occurred – my husband put him to sleep without me.  I realize for many families this is par for the course, but for us it never happened.  Nursing had definitely put the kibosh on that, so this was new territory…and it was WONDERFUL.

Related post: 10 Tips for Transitioning a Co-Sleeping Toddler to Their Own Bed

Needless to say, my husband’s new found ability to put our son to sleep without me had a drastic effect on my nights.  But it was more than that.  When I was nursing him I had to be making a huge sacrifice – that beloved night cap or extra long happy hour just couldn’t happen.  I’m not saying I didn’t drink, but basically everything had to happen (and end) with enough time for it to get out of my system.  Without nursing, I could theoretically have a glass of wine while sitting right next to him.  This was pretty amazing.

I actually was producing a lot of milk.

This was really surprising for me because I rarely felt engorged, but I’m guessing that was just because our routine had become very predictable.  I couldn’t believe how much I had to pump just to relieve the pressure!  The first day without nursing I had to pump almost 10 oz. just to be comfortable.

It only took 3 days for my body to adjust.

This was quite a relief because (as I just stated above) I was seriously engorged at first which was really, really uncomfortable.  Thankfully it was only a matter of days before it wasn’t excruciating to give someone a hug and I no longer needed to pump.

I wish I could tell you otherwise, but the sad truth is that my body immediately gained weight.  Not only had my son been draining me of calories, but my body had been working hard to make that milk.  Now all of a sudden I wasn’t burning the same amount so it just started to build up.  Luckily I was watching pretty closely so I was able to get things under control, but this was not a fun effect!

Quitting cold turkey was best for us.

There’s no right way to do anything and every parent (and child) has their own system that works for them.  It’s just a matter of figuring that out.  For us, quitting cold turkey worked really well.  I’m not sure I would have ever truly ended things if I had let myself slowly wean and I also worried that it could have been even more confusing for him to do it slowly.

Bottom line?  We’re still our happy selves and it’s as if nothing changed!  The process was definitely more of an adjustment for me than him, which was funny to realize.  No matter when you wean, breastfeeding is an emotional process so hang in there!  Just enjoy being with your baby (or toddler 😉 ).  Good luck. 🙂

If you’d like more tips, tricks, and inspiration on parenting and raising happy kids, subscribe to my Parenting Mailing List for notification when new posts are published. Or, if you want to receive notification for all new posts from MBAsahm, join my Main Mailing List and receive tips on achieving financial freedom and living a fulfilled life in addition to parenting and raising happy kids. I hope you enjoy everything you read! Thanks for your time! 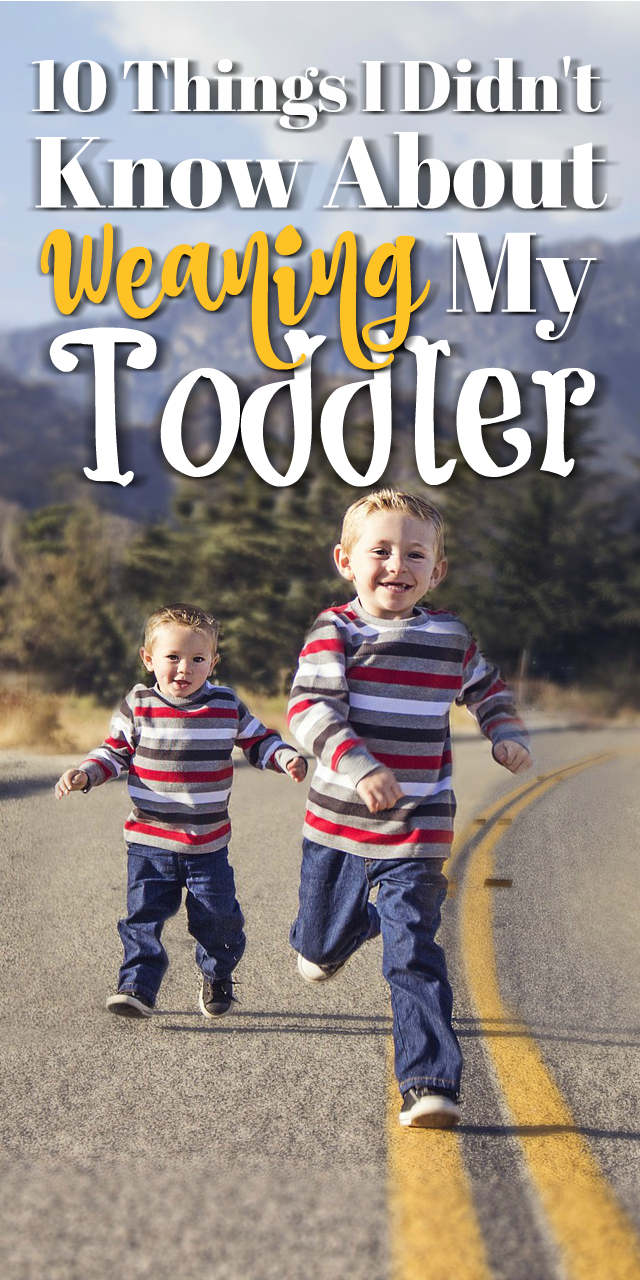