Even though it’s becoming more and more mainstream to be breastfeeding a toddler, I’m still surprised by how many people find it shocking.  Breastfeeding certainly has a lot of challenges, so for some moms there just isn’t the option to continue.  But that’s different.  If you can keep breastfeeding and want to keep breastfeeding then you should keep breastfeeding.  It just makes logical sense.  But, more importantly, there are some unbelievably amazing perks to breastfeeding (especially past the age of 1) that everyone seems to overlook.

So in case you’re considering it yourself (or are wondering why the weirdo on the park bench is nursing her 2 year old), here’s a list of all the amazing perks of breastfeeding a toddler: 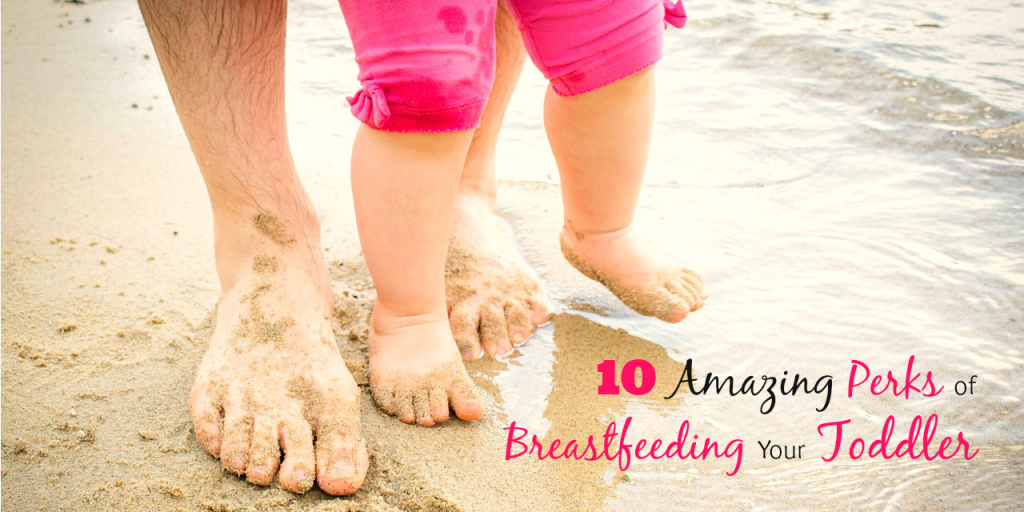 You Can Keep Them From Crying on a Plane

My husband and I took our son from Philadelphia to San Francisco this past summer and we were lucky enough to get a great deal on first class tickets, so we jumped on it.  This meant we’d be breaking the unspoken rule of bringing a baby into first class and also taking a chance by keeping our almost 2-year old on our laps the whole time.  You know what happened?  At the end of the 5 hour flight, the people around us stood up and congratulated us on a completely silent flight. They said we should quit our day jobs and just fly babies around (thanks, but NO).  They literally congratulated us!  My secret?  I was able to breastfeed him anytime he was about to get fussy.  And the reason that worked…

Related post: 10 Reasons You SHOULD Fly with Your Baby in First Class

Breastfeeding is a Magic Pill that Stops Tantrums

It’s better than a cookie, it’s better than Mickey Mouse.  It will quite literally stop the tantrum in its tracks.  With young babies it will often ease crying, but usually because they’re hungry. It’s different with a toddler.  Once they start thinking for themselves and making demands, you will grasp at any means of negotiation. And breastfeeding trumps all other bargaining chips. It is the ultimate distraction and ultimate soother.

It Can Weed Out Serious Injuries from Minor Ones

Once your toddler starts running, you’re going to encounter a lot of falls. Some are a little funny, some are really, really scary.  Just like nursing will stop a tantrum, it will stop crying from a minor injury and soothe your little one.  This is an unbelievable relief when you’re worried that a broken bone or concussion may have happened.  9 times out of 10, a toddler falling is not a huge deal and when they stop crying right away to nurse, you know it’s not that bad.

It Can Knock Out Even the Most Wide-Awake Toddler

I have no idea what it is about breastmilk, but something happens where your toddler just relaxes so much that they fall into a milk-induced slumber.  Obviously, this is amazing.  It helps keep their sleep on schedule, it keeps you from having to rock them to sleep, totally saves you when you need to readjust a sleep schedule (see above for breastfeeding while flying) and most importantly…

You Can Avoid Crying It Out

For some babies, crying it out works, for others it doesn’t.  Some moms are saved by it, others are disturbed by it.  As a mom that couldn’t handle it (with a baby that also couldn’t handle it), I can tell you that breastfeeding helped us out soooo much.  I would lay in bed with him and he would just nurse himself to sleep.  No crying, no fussing, just nursing and sleeping.  He’s an unbelievably healthy sleeper right now and we’ve been able to avoid crying it out the whole time.

When we tell my son it’s time for bed, there’s no fight or argument.  Quite the contrary, actually. He gets excited and claps his hands.  Then he runs upstairs, gets his PJs out, and hops into bed.  Our bedtime routine has become a happy, relaxing, bonding time.

You Will Burn a Ton of Extra Calories

Making breastmilk is no small feat for your body.  It takes a lot out of you…which means you’re burning a ton of calories.  I’m sure I don’t need to go into all the reasons why that’s amazing. But by the time you’ve reached toddlerdom you’ve probably shed most of your baby weight. This means that everything else you lose is just extra.  You’ll probably be the skinniest you’ve been in a while.

Your Toddler Can Do It Themselves

I think this is one of the parts that weirds people out the most, but I can’t lie, it’s one of the biggest perks for me.  It took me almost an entire year (no joke) before he was really latching successfully and comfortably. It just wasn’t working for us.  Then he became a little more coordinated and somehow the process just became so much smoother.  The fact that he can now readjust himself to be in the right position or latch on properly is amazing to me.  I can finally nurse like all the moms in the movies.  It’s finally EASY.

You Don’t Have to Rely on Food for Nutrition

Obviously you need to figure out how to feed your toddler healthy foods.  This is one of the hottest topics on every playground I’ve ever been to.  But when you’re breastfeeding your toddler, you have a bit of that weight lifted off you.  You sleep a little easier at night.  I’ve had weeks when my son has a cold or is just really finicky and all he will eat is Puffs.  Literally.  I would have been pulling my hair out had I not been able to take solace in the fact that he was at least getting some breastmilk.

You Will Meet Your Lifelong Best Friends

The weirdo nursing her 2 year old on the park bench?  She’s your soon-to-be best friend (or, at this point, maybe she already is). Most likely, she does everything the same way you do.  She probably parents the exact same way. It’s like a secret beacon we send out to each other. So go sit next to her and start breastfeeding your own toddler. I guarantee you have more in common than you think (and now you’re going to have an awesome friend that has your back and isn’t afraid to go against the crowd).

So, to all the moms out there that are still breastfeeding their toddler – I love you and I’ve got your back.  What you’re doing is not easy, but at least we’ve got these secret perks to keep us going. Happy breastfeeding. 🙂 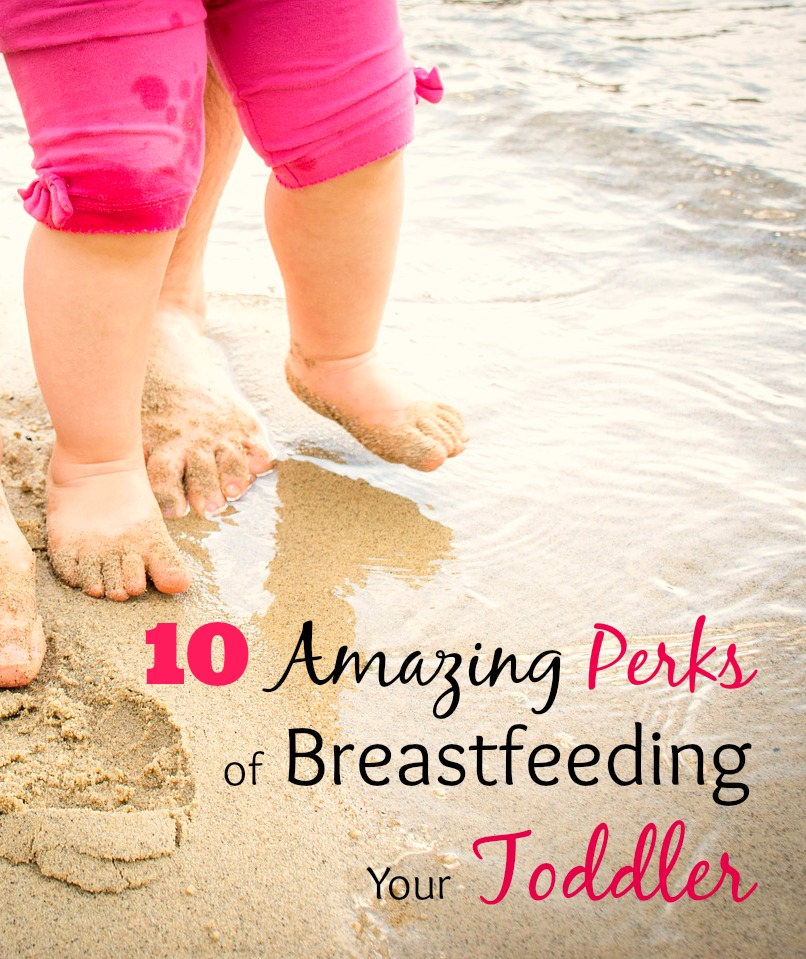 3 Comments on 10 Amazing Perks of Breastfeeding a Toddler