No matter what the topic may be about, documentaries have a funny way of getting my totally motivated and worked up (especially these vegan documentaries!).  So when I know I need some motivation or inspiration for something specific, my Netflix queue is one of my first late-night stops. In this case – documentaries that inspire veganism and healthy living.

A vegan diet is hard.  It’s also empowering and satisfying…and if you do it right, really healthy. But it’s hard, especially in the beginning.  And it can be really difficult to find support and information, which is why these vegan documentaries are a must-watch for anyone embarking on a vegan diet. They’ll give you all the information you need, tips and secrets, and most importantly the motivation you need to keep going!

Get ready, you’re about to become a true vegan whether you like it or not! 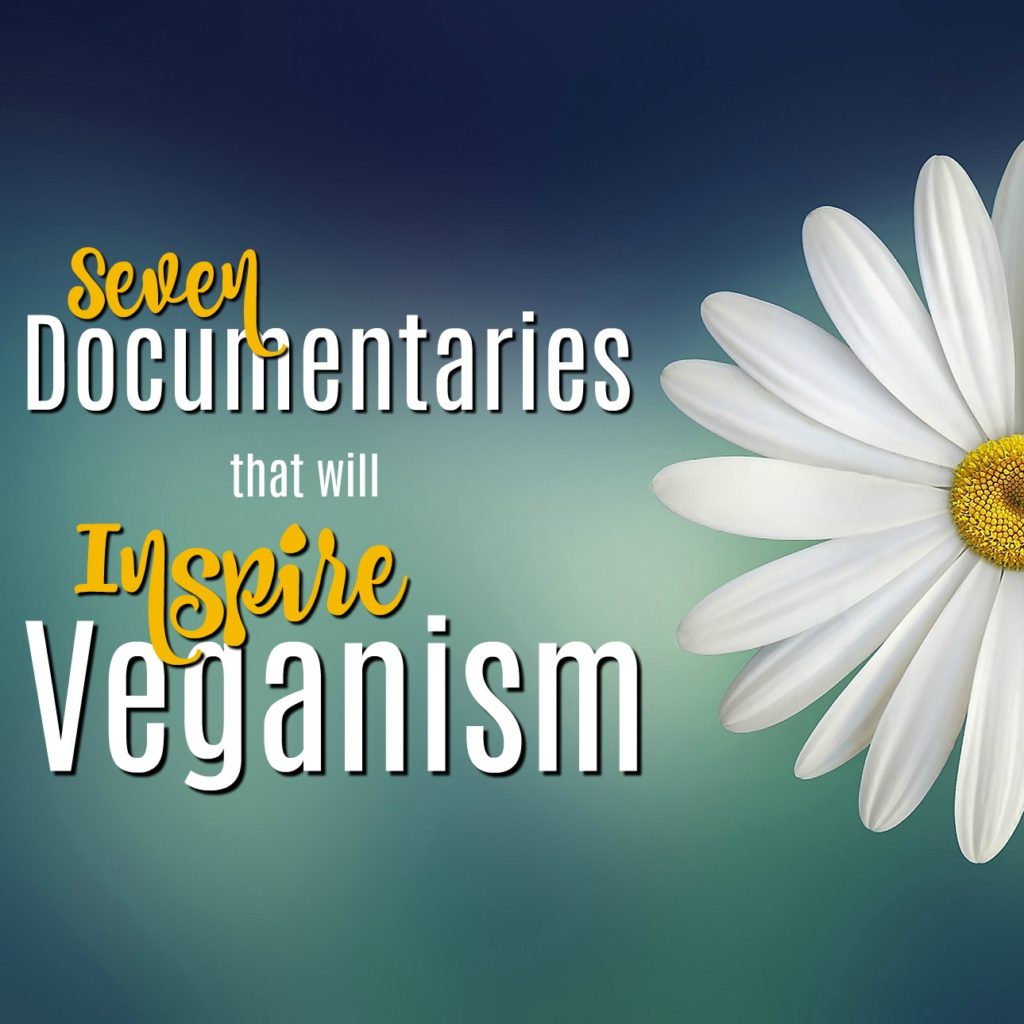 Forks over Knives may be the most influential and eye-opening documentaries about veganism that I ever watched and it was responsible for my first dive into veganism.

One thing that really stuck out about this documentary was how fact-based it was.  It is not an emotional appeal to save the animals. They have data, studies, and evidence pointing in a specific direction.

It was also the first healthy living documentary that I ever saw that really dove into the effects that dairy has on our body, which often takes a back seat to meat, but may be even more important.

This is a must-watch and my top recommendation.

What the Health sparked my second jump into full-blown veganism and it came as a total shocker because I thought I was about to sit down and watch a business-esque documentary about the influence pharmaceutical companies have on our health.

And in a way, that’s also what happened.  It is so, so, so disturbing the kind of influence that mega-industries (because it’s not just the companies, they all band together) have on our health.

The conclusion?  Well, you’ll have to watch it!!

But seriously, this healthy living documentary was GREAT.  It’s a must-watch if you care about your health.

PlantPure Nation is a more recent documentary with a few unique perspectives and discoveries that I really loved.

First, I learned so much more about Dr. Campbell, who originally appeared in Forks over Knives.  He’s definitely at the forefront of the whole foods/vegan movement right now, so he’s a name to know!  They also talk more about his book – The China Study – which is now at the top of my reading list. 😉

Second, they actually show footage of a congressional vote that has to do with dietary health and it’s crazy to see the influence that the meat industry actually has over our government!

While Fat, Sick, and Nearly Dead doesn’t ever come out and say you should be vegan, they do a brilliant job of showing how powerful a plant-based diet can be.

Food is truly our best medicine (at least, that’s their whole schtick).

If you’ve never tried juicing (as in, pulling all the liquid out of your veggies), then you have to give this a watch!  While juicing is not a must-do for a vegan diet, they are close relatives that can definitely go hand-in-hand.

Needless to say, after watching this documentary, my husband and I invested in a really great juicer and have never looked back!

The premise is the same – juicing is unbelievably powerful when it comes to your health!  It heals illness and prevents disease.

This sequel has new people, new facts, and still finds a way to be just as empowering and motivational as the first.

Vegucated isn’t as nearly heavy on the science as the other documentaries on this list. Instead, it focuses on a group of people that set out on a vegan diet (which could be perfect if you are also just embarking on a vegan diet!).

They do a good job busting common vegan myths and focus a bit more on what the meat industry does to the animals we eat, which is an aspect of veganism that shouldn’t be overlooked (it’s pretty disturbing).

If a healthier and potentially longer life or saving our fellow creatures from pain and suffering isn’t enough to sway you into a vegan diet, Cowspiracy outlines the immense environment impact that our meat- and dairy-eating diet has on the planet.

Not only is that shocking, but once again you will discover how information is swept under the rug by massive lobbying groups that seem to have control over everything (and everyone).

The same producer that created What the Health produced Cowspiracy, so if you enjoy one, you will probably enjoy the other!

5 Documentaries that Will Inspire Minimalism

Inspirational Documentaries that Will Inspire You to Change Your Life

10 Business Documentaries that Will Completely Blow Your Mind