As small home dwellers and frequent travelers, my husband and I have developed somewhat of an expertise for getting around with our baby.  When you’re in close quarters with a little one, you basically have no choice but to be creative (or depend on the creativity of others), so we’ve come across some amazing space-saving baby products and gadgets that make life waaaaay easier.

Some of these were amazing gifts, some we discovered out of desperation, and some were just plain dumb luck.  But ALL of them have proved to be essential and/or quite a relief in our day-to-day lives or travels. 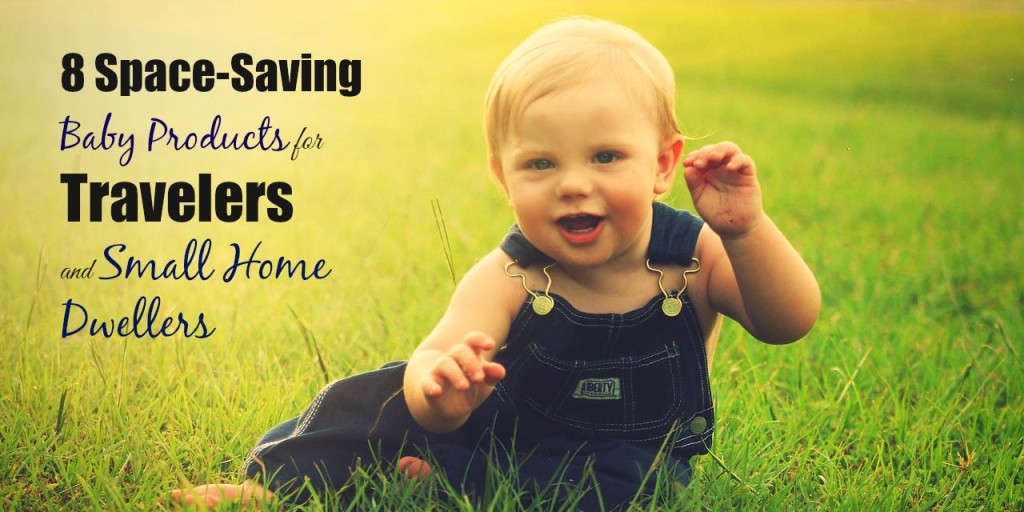 .  It was the most amazing discovery that I came across in the very first month of my son’s life and was initially just to make me feel a little safer in the shower with him (he HATED baths as a newborn).  Well, it worked out so well that he ended up showering with me basically until he could sit on his own in our tub, which meant we never needed a baby bath tub (which is lucky since there would be no where to put it in our minuscule bathroom).  Even better, traveling was waaaaay easier because we could still shower just as if we were home AND we had an awesome sling to use for the beach, pool, or any time we were on a boat.  To this day, this is still one of my biggest recommendations for new moms!

One of the biggest regrets I have from my son’s first year is the massive larger-than-life high chair that takes up literally 25% of our tiny “dining room” (aka the corner where our table lives). The high chair itself is great and if we lived in a mansion, it would be wonderful.  But since we don’t, it’s just way too big.  My parents, however, made a far more educated purchasing decision and opted for a highchair that can fold up

when not in use and slip into a closet.  Not only can it fold up, but the seat is actually deeper than my mammoth high chair, so I feel like my son is less likely to crawl out of this one.  Even better, since it can fold up, it’s possible to put it in the car and take on the road if you are going away for the weekend.

When my husband and I traveled with our little guy, there was one item that we never could take along but always needed very badly – the high chair.  As I stated above, a folding high chair would have helped us on certain weekends, but longer trips would not have allowed for that.  Eventually I came across this amazing piece of material

(seriously, it’s JUST cloth and clasps!) and it changed everything.  It isn’t quite as great as an entire high chair, but for something that can be folded and put in your diaper bag, it’s an absolute life saver.  It keeps your child in place, which really helps when you’re trying to feed them without making a massive mess.

was my go-to “mechanical mothering” device when my son was in the first few months of his life and it ultimately replaced a swing and bassinet (which saved me a toooon of space).  Not only is this thing small itself, but it can be folded up WITH ONE HAND and easily moved to another room or stored behind a couch. My son even spent some nights sleeping in this when we needed to go to hotels. I didn’t really need the vibrating function, but it’s a great option to have if your baby likes that kind of thing.  As an added bonus, it’s a pretty inexpensive product when you compare to larger options.

Once my son hit the age where he could sit  (and more importantly, play) in the bath tub, bath time became a whole new world for us.  We acquired an incredible collection of bath toys and immediately needed a place to put them.  Luckily, many of them come with their own nifty organizers

and others can easily be stored in special devices

that can be added to your bath tub.  This way, you can store the toys in the tub which not only saves space elsewhere but also gives them the opportunity to dry out after being used.

The best decision my husband and I ever made (for more reasons than just space) was to throw in the towel on attempting to get our son to sleep in his crib and just let him start sleeping with us. Co-sleeping is not for everyone (and if you decide to try it out, make sure you’re doing it safely), but I’m telling you – the space you save is amazing!  And not just in their nursery. We had a crib in his room AND in our room, both of which were hauled into the attic.  Traveling is also waaaaay easier when you don’t have to worry about a crib for your baby. To make things safe and easy, there are a few different co-sleepers

that can actually go in the bed with you and fold up to throw in a suitcase when you travel.

These brilliant, simple, and affordable products

are an inevitable necessity for parents whose small homes have been taken over by their children’s stuffed animals. Because really, when you’re short on square footage, you need to start thinking vertically.  And it gets tiring have things piled up on the floor.  In addition to their functionality, these hammocks end up looking decorative and definitely add to a “kid room” feel.

Ok, for the record, I never used a changing table and personally don’t believe that you need one.  Instead, buy some really cute changing pads (my favorite were the flannel ones

) and just leave them in the rooms you spend the most time in.  In some ways it’s easier to change a diaper on the floor than to wrangle a baby or toddler on a small table anyways.  But more importantly, changing tables are fairly large pieces of furniture that will just take up valuable space.

Hopefully some of these products will help you as much as they helped us.  Let me know what other products worked for you! 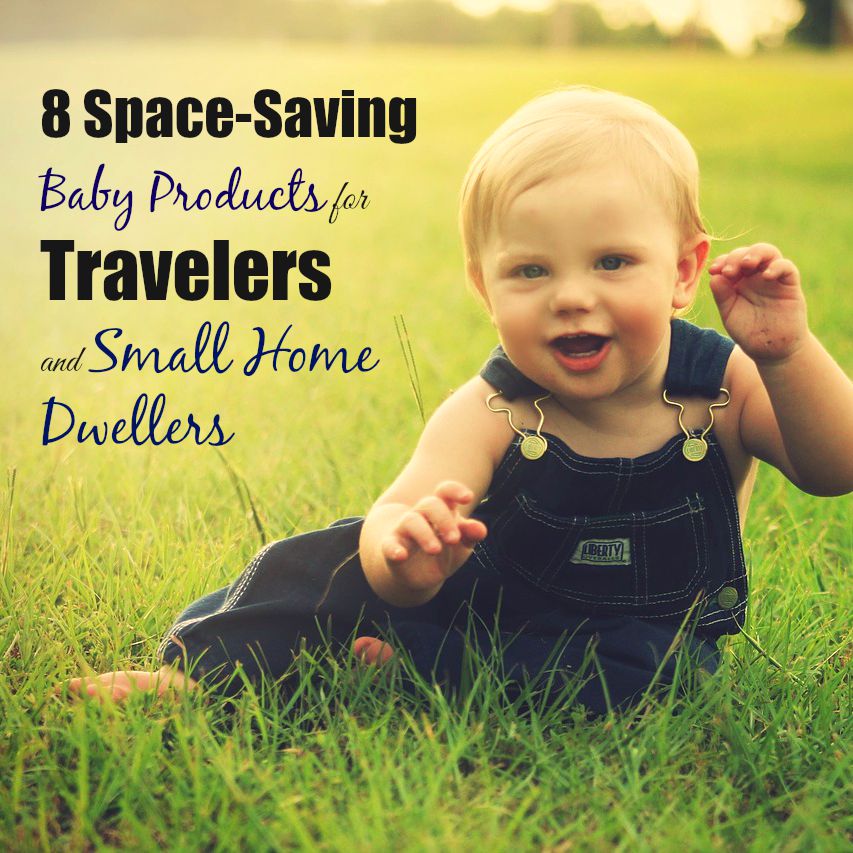