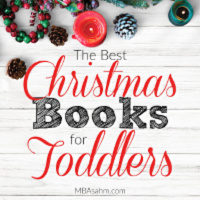 I absolutely love Christmas and I definitely love reading to my kids, so coming up with this list of the best Christmas books for toddlers was not only easy, it was so much fun!  This really is the best time of year and toddlers love every aspect of it, so introducing them to these books will feel amazing. I’m already excited for you!

Whether you’re looking for Advent calendar filler ideas or just a fun surprise for your toddler, these will be perfect because they’re all inexpensive and easy to fit into the budget.  I hope you end up loving them as much as we do!

END_OF_DOCUMENT_TOKEN_TO_BE_REPLACED 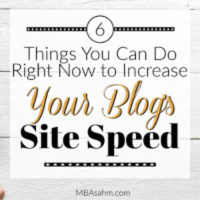 It took me a really, really long time to accept that site speed is one of the most important factors when it comes to increasing traffic to your blog. Google likes it, Pinterest likes it, users like it. Any longer than 3-4 seconds for your blog to load and (supposedly) your traffic starts dropping off by double digit percentage points.

That means that for a lot of us, increasing site speed could increase our traffic by double digit percentage points.

The pot gets even sweeter from there because most ads run smoother when your site loads faster, so if you’re on an ad network, you could also start seeing higher RPMs.

END_OF_DOCUMENT_TOKEN_TO_BE_REPLACED 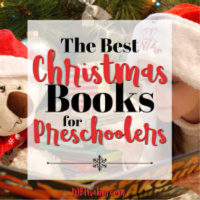 I’m a huge, huge fan of Christmas so finding the best Christmas books for preschoolers has been a really fun task.  And while it might be easier said than done, the reality is that preschoolers love Christmas and they love books…so you really can’t go wrong with your decision!

The best part of these preschool Christmas books is that they’ll last for years because many of them are classics. So you’re building a Christmas bookcase that will be fun for quite some time!

END_OF_DOCUMENT_TOKEN_TO_BE_REPLACED 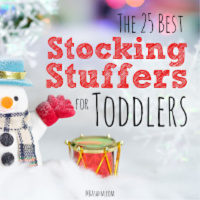 For the past 5 years I’ve had two toddlers in my life, so putting together this list of the best stocking stuffers for toddlers seemed like a no-brainer!  I absolutely love Christmas (and Christmas shopping), so this has always been something I enjoyed. And with one boy and one girl, I’ve been able to experience two fun sides of stocking stuffer shopping.

So hopefully this list can help you with your own shopping this year!

Without further ado, here are the best stocking stuffers for toddlers:

END_OF_DOCUMENT_TOKEN_TO_BE_REPLACED 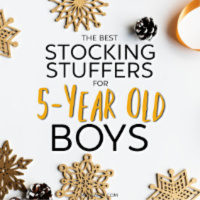 One of my favorite parts of Christmas shopping is when it comes time to fill the stockings and these are definitely the best stocking stuffers for 5-year old boys that I could find!  This is a really fun age because they’re so excited about the holidays and are also into so many fun things!

Whether your little boy is into building, superheroes, arts and crafts, or dress-up, there are tons of stocking stuffer ideas that make them (and you) really excited.

Here are some of the best stocking stuffers for 5-year old boys:

END_OF_DOCUMENT_TOKEN_TO_BE_REPLACED 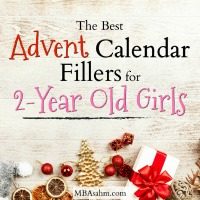 This is one of my favorite things to shop for because it’s pretty much how you launch your Christmas season.  And Christmas for a 2-year old is such a special time because they really start to enjoy things…so it almost feels like their first Christmas!

All of these Advent calendar filler ideas are easy to get, so hopefully this list will make your job easy AND fun.

Good luck with your shopping and Merry Christmas!

(And if you haven’t purchased a DIY Advent Calendar yet, your first stop should be Etsy’s Advent calendar section.  They have so many fun ideas and you can use them year after year!)

END_OF_DOCUMENT_TOKEN_TO_BE_REPLACED 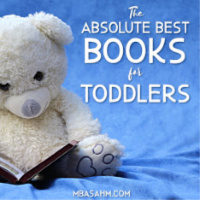 For my baby shower, my sister had a brilliant idea idea to ask each guest to bring what they thought was one of the best toddler books instead of a card.  So with each gift, I received a children’s book with a note in it for the baby, and I now have an awesome collection of books for my son that will last him years.

I’ve sorted them out by age so some are still a little old for him, but at just under 1 year old, he has clear favorites.  In fact, some he loves so much that he’d prefer it over a toy.  We joke that his lovey will end up being a book instead of a stuffed animal.

So if you’re looking for some great beginner books for babies or toddlers (or an awesome baby shower gift!), these are the winners in my house: END_OF_DOCUMENT_TOKEN_TO_BE_REPLACED