If you’re looking for documentaries about the food you’re eating, you’ve come to the right place!  But be forewarned, after you’ve seen these, you’ll never be able to eat the same way again!  Luckily, that will most likely be for the better.  Happy watching 🙂

I’m a total documentary junkie, so when I come across a good one that I love, I typically do what I can to find more like it.  That is exactly what happened after I watched one of these (I’ve watched them each a few times so I can’t even remember which one was the first!).  The greatest part about these specific documentaries is that they are bound and determined to very, very seriously change the way you eat.  I’m not exaggerating – there’s just no way you can’t be affected by the messages in these movies.

So…if you’re looking for a way to jump start a diet, make a lifestyle change, lose weight, or are just in need of filling your Netflix queue, watch. these. documentaries.  I’m telling you, you will be thinking differently once you’re done! 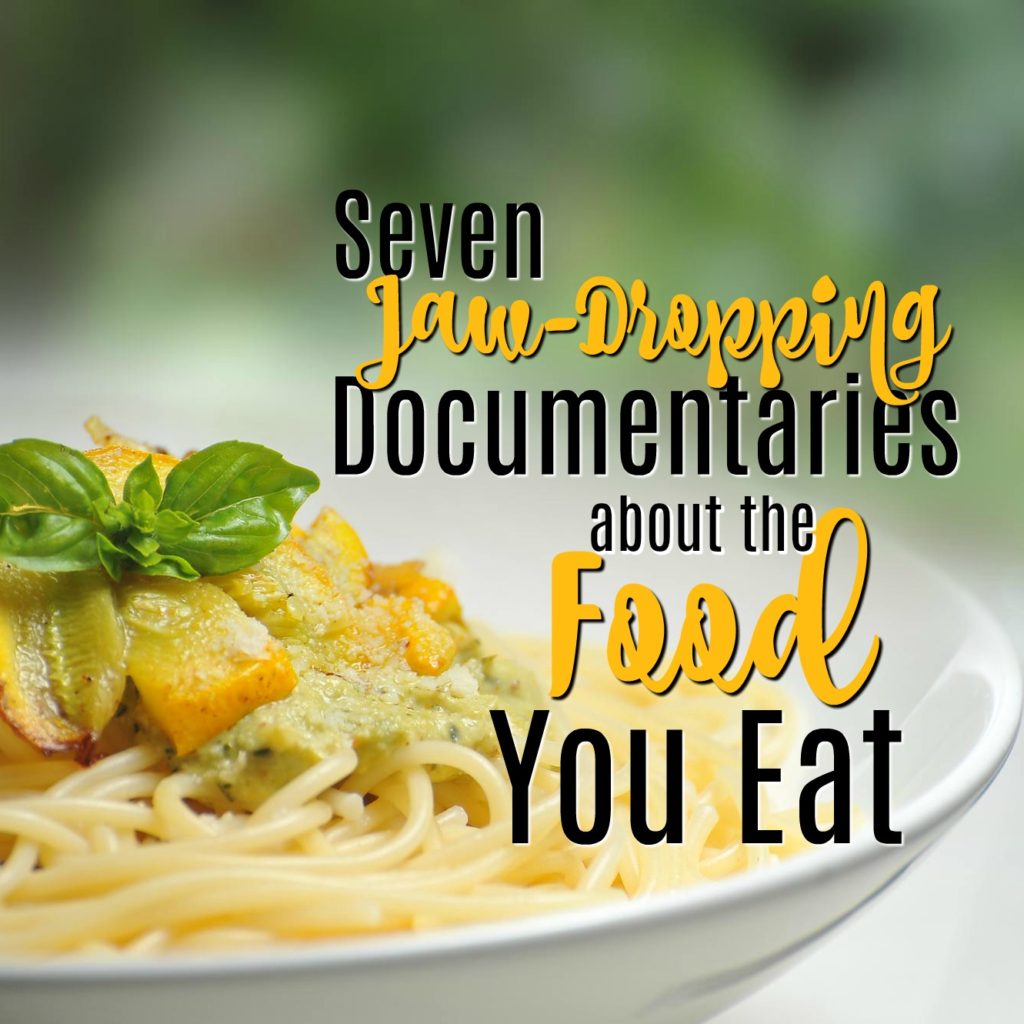 is extremely powerful and sheds light on dozens of facts that the vast majority of us don’t know about the food we it.  It’s eye-opening (and frankly terrifying) how much power big business has over the food we eat.  This documentary is the king of scare-you-skinny documentaries, so it’s a must watch if you really want to start changing the way you eat.  And if you’re not sure that you want to change the way you eat…well, all I have to say is this film will clear that up for you.

By the time I had watched Forks Over Knives

, I had already changed the way I was eating and had already watched pretty much all of these other documentaries.  But this one was so good, that I had to move it to the top of the list (and if it weren’t for the shock factors used in Food, Inc. it probably would be first).

Forks Over Knives examines how food is truly the best medicine – and that it is also what kills us.  It talks about tons of scientific studies that tie meat and dairy consumption to cancer and cardiac disease.  The meat statistics are scary but not too surprising nowadays – the dairy, however, really scared me and was definitely eye-opening.

angle is especially gut wrenching because it focuses on childhood obesity and the ridiculous uphill battle that the current generation is facing. It shines light on the flat out trickery and deception that is occurring in our grocery stores with products being labeled as healthy that really aren’t. It’s almost a tear jerker.

It’s pretty eye-opening and will make you rethink almost every type of diet you’ve attempted (or thought of attempting).  Throughout the documentary they also make a brilliant but disturbing comparison – sugar is today’s tobacco.

is all about living a vegan lifestyle.  It follows 3 meat and cheese-eating adults as they commit to an experiment of being vegan for 6 weeks.  It not only busts a ton of myths about being vegan, but also lays out exactly how you could start being a vegan yourself (they make it seem not nearly as difficult as you would imagine). There’s also a ton of eye-opening (and disturbing) facts about the treatment of animals that will certainly make you rethink what you’re eating, as well as the health impact of eating meat and dairy (which is often overlooked). I definitely left this one with a newfound hope to try to become vegan – or at least vegetarian.

is scary because it reminds you again and again (and again) that most of what we’re eating is really just “food-like product”, not actual food.  And when you think about it, it’s pretty true.  It also emphasizes the addictive power of a lot of the products we eat and certainly makes you question the motivation behind the companies that are creating these foods for us (basically, they don’t care if we’re healthy – they just want to make money).

follows Joe Cross (an Australian self-proclaimed fat, sick and nearly dead man) for a 60 day juice fast/road trip across America.  He interviews Americans along the way, which really makes you realize just how ridiculous our society has become (i.e. how many adults quite literally don’t eat vegetables…at all).  This one is more inspirational than scary, so if you’re too disturbed by the others, this may be your best bet.

is entirely about juicing. If you’re a regular (or even irregular) juicer, then you’ll love this.  And if you’re considering incorporating juices into your life, then definitely watch this. And even if you aren’t into juicing, you still will get something out of this – it makes it clear just how unbelievably healthy and nutritious fruits and vegetables are. Like, so healthy that people are cured of illnesses, can go off their medications, and actually see and hear better.  And like the first, this one is more inspirational than scary, so you don’t have to worry about any nightmares popping up.

I really, really, really hope you get a chance to watch every single one of these.  Over the course of a few months and watching each of these a few times, my husband and I have started juicing regularly AND have been almost entirely vegan for about a month (and basically vegetarian for quite a few months). We’ve both lost a ton of weight, but even more exciting is that since we became vegan (or as close as we’ve been able to get), my husband has stopped experiencing all allergies…which is pretty crazy.

Once you’ve watched all of these, check out these other great documentaries: 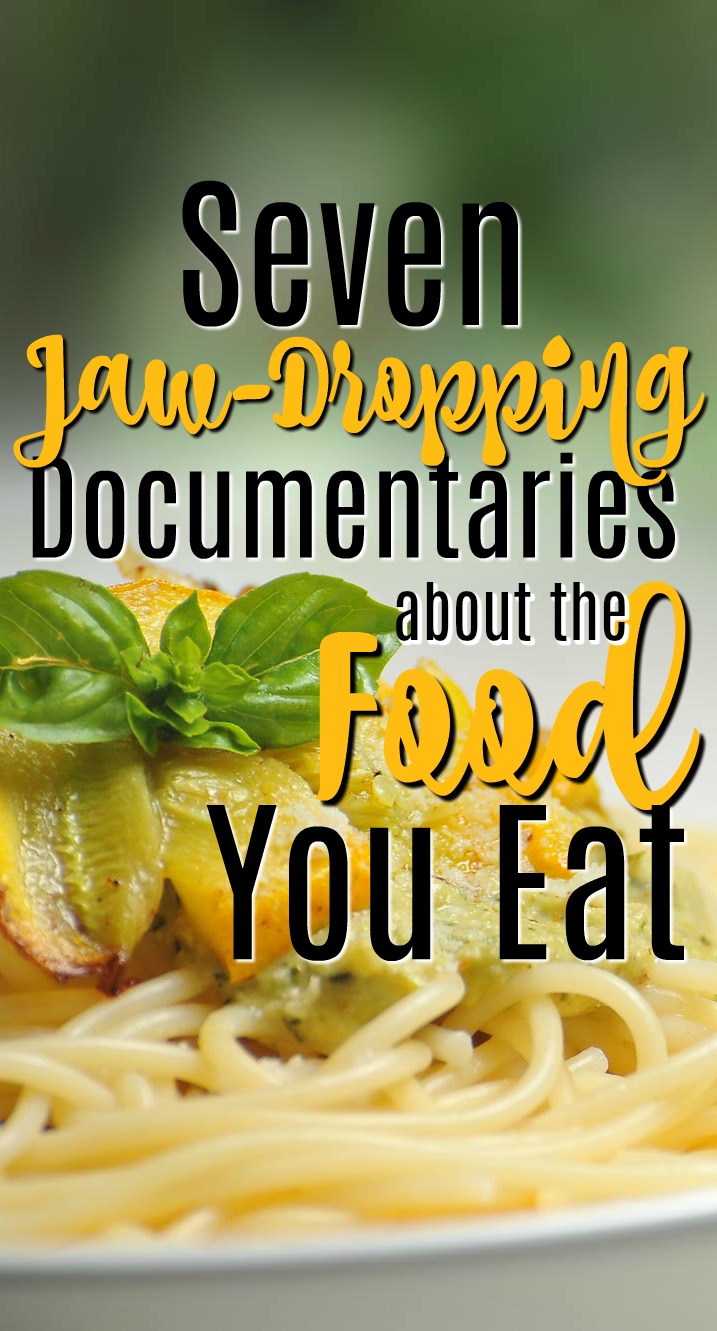